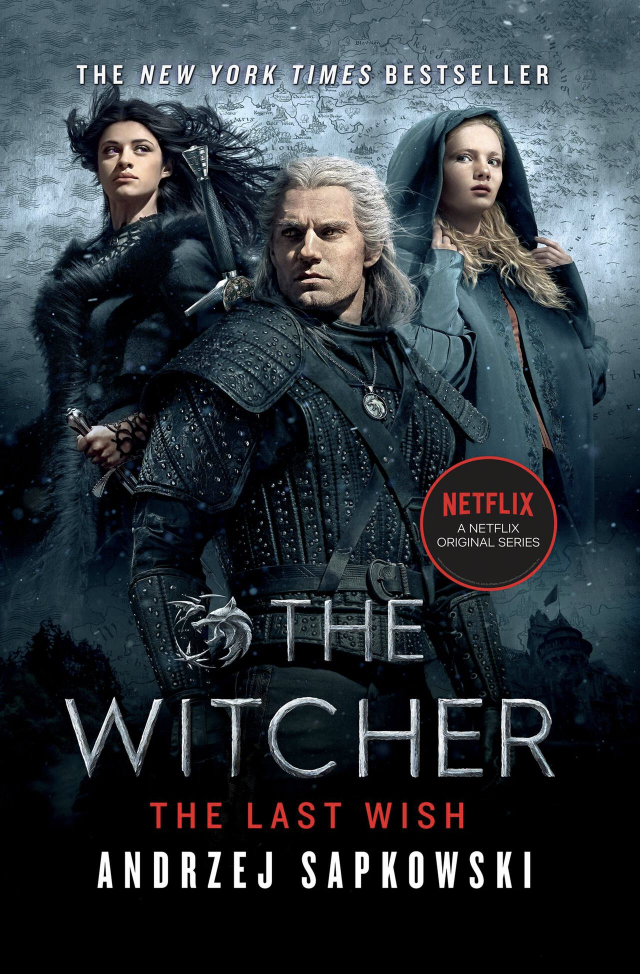 I first learned about The Last Wish by watching the Netflix television adaptation. At the time, I knew that The Witcher was a popular video game, although I’d never played it. When reading about the television show, I learned the games and television show were based on a popular series of fantasy novels by Polish author Andrzej Sapkowski. If you have time, you should read the interview with Sapkowski I linked below, because he is every bit as gruff and honest as you’d expect the creator of Geralt of Rivia to be. 🙂

The Last Wish is the first book in the Witcher series. It’s a short story collection about Geralt of Rivia, the titular, monster-hunting hero of the series.

The first thing I noticed was Sapkowski’s talent for description:

The smile—if it had been a smile—vanished from her face as though wiped away with a cloth.

Civril stopped laughing. Immediately. Geralt wasn’t surprised. There was something very strange in Renfri’s voice—something associated with the red reflection of fire on blades, the wailing of people being murdered, the whinnying of horses and the smell of blood. Others must also have had similar associations—even Tavik’s weather-beaten face grew pale.


Geralt doesn’t hold back on sharing his philosophy about the world. His grim brand of pragmatism is a reflection of his dual nature. Part monster, part man, Geralt is cynical yet he chooses to protect others.

“Evil is evil, Stregobor,” said the witcher seriously as he got up. “Lesser, greater, middling, it’s all the same. Proportions are negotiated, boundaries blurred. I’m not a pious hermit. I haven’t done only good in my life. But if I’m to choose between one evil and another, then I prefer not to choose at all.

“People”—Geralt turned his head—“like to invent monsters and monstrosities. Then they seem less monstrous themselves. When they get blind-drunk, cheat, steal, beat their wives, starve an old woman, when they kill a trapped fox with an axe or riddle the last existing unicorn with arrows, they like to think that the Bane entering cottages at daybreak is more monstrous than they are. They feel better then. They find it easier to live.”


The narrative voice is strong here, in part because it has interesting things to say. Also, I love how Sapkowski uses punctuation. The em dashes around the gesture of turning his head are not at all typical, but there’s an immediacy and sense of movement there. The long sentence that follows (When they get blind-drunk…) has a propulsive feel to it. There’s a lot of technique at work in his prose, but the reader doesn’t have to work hard to enjoy it. For us, it’s easy; we can enjoy the ride.

There’s a boldness in Geralt’s voice, a take-no-prisoners and give-no-fucks attitude which manages to be refreshing without being overly acerbic, perhaps because Sapkowsk surrounds that voice with vivid examples and descriptive color. All these factors combined make his prose a pleasure to read.

My Takeaway (Things to Try): Experiment with punctuation and movement within the structure of a paragraph.

An Interview with the Author